The Beacon at PNC Plaza

An installation that visualizes data from a building’s green system and external environment.
· Data Visualization    · Low Energy Consumption
Previous Back to all works Next

The Beacon is a 24-foot high installation with 1,584 liquid-crystal polycarbonate panels in The Tower of PNC’s atrium lobby. It acts as a media canvas that displays ever-shifting patterns of lights, colors, sounds, and texts to express - in real time - data from the building’s advanced green systems and data from the external weather.

The challenge was to build a media canvas that was both fascinating and consumed very little energy. We developed the pre-production working prototype and sourced all potential material suppliers. Then we handed over the working prototype to fabricators and helped them to build the final full-size installation.

*The project was built in collaboration with ESI Design. 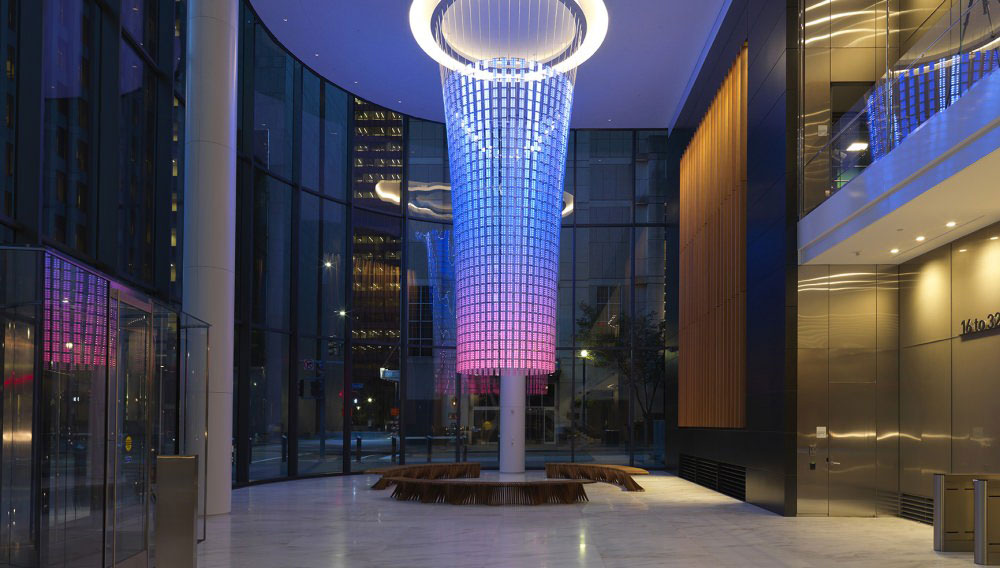 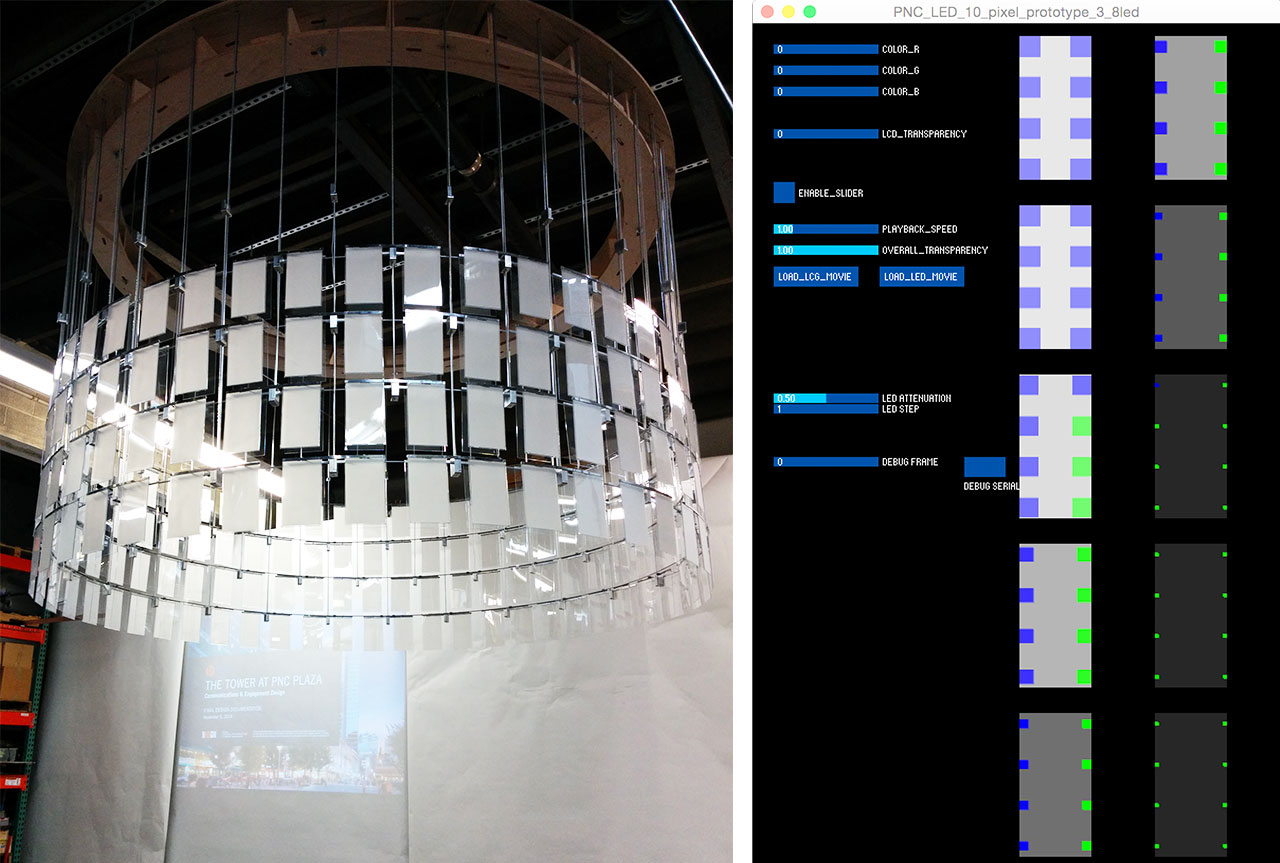 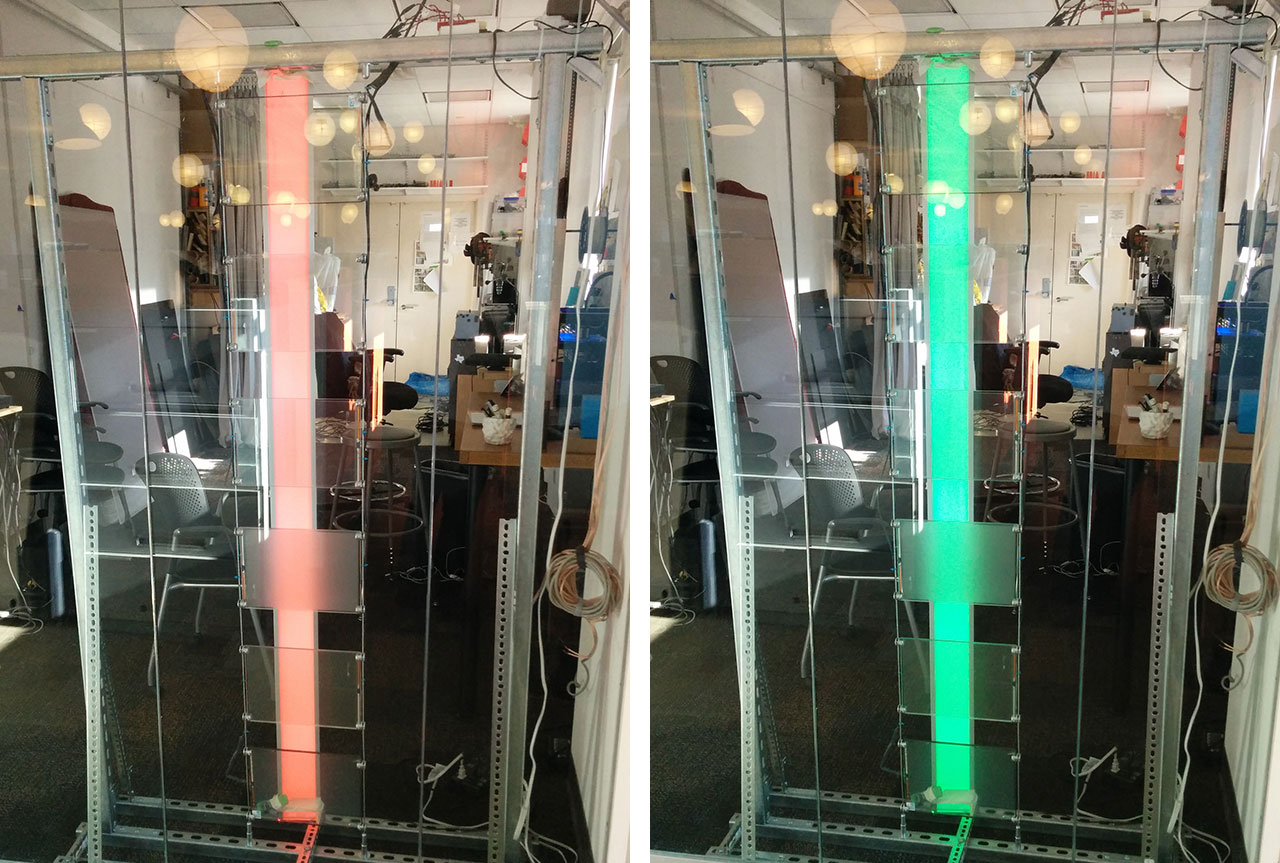 The rapid prototype to proof the concept. 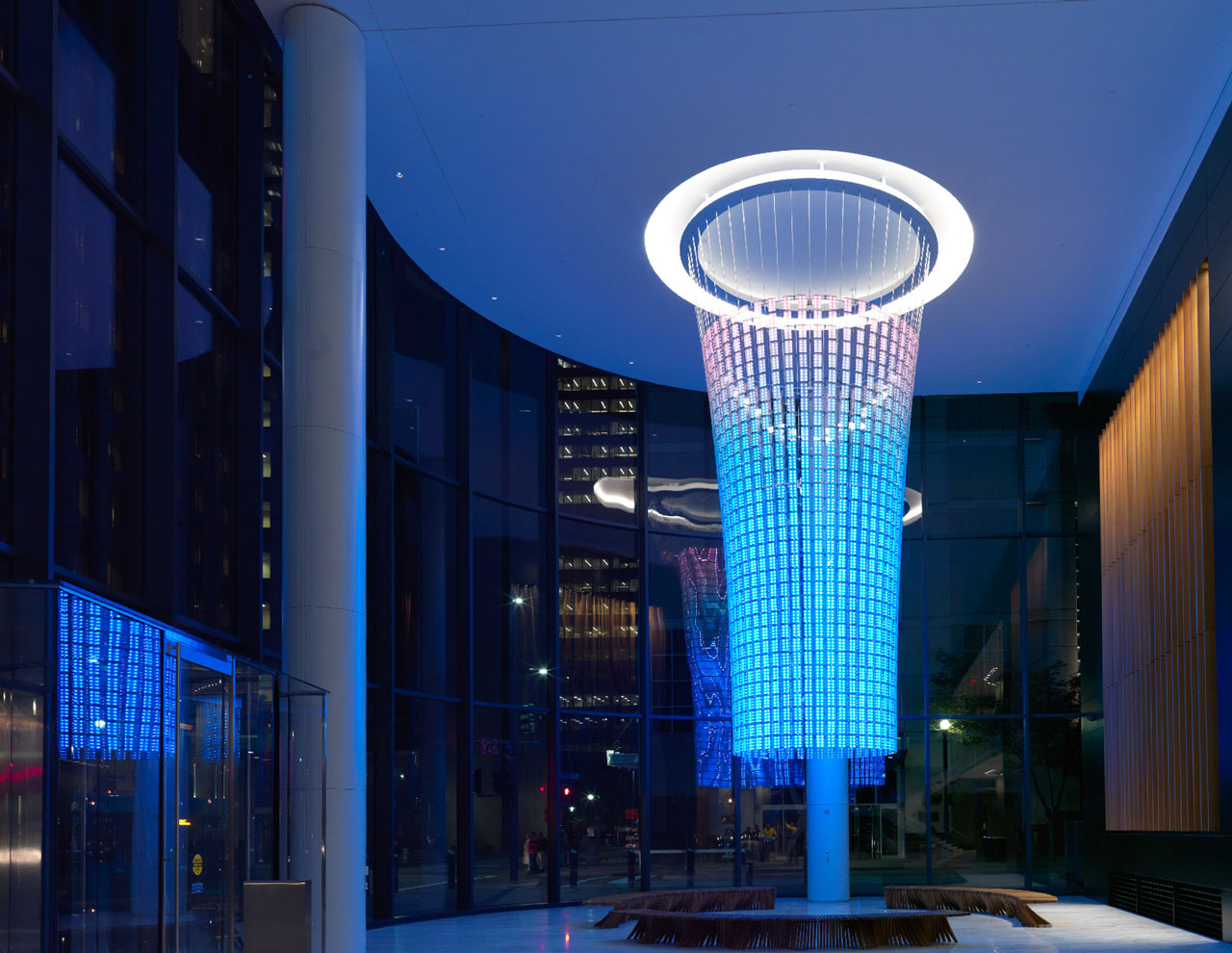 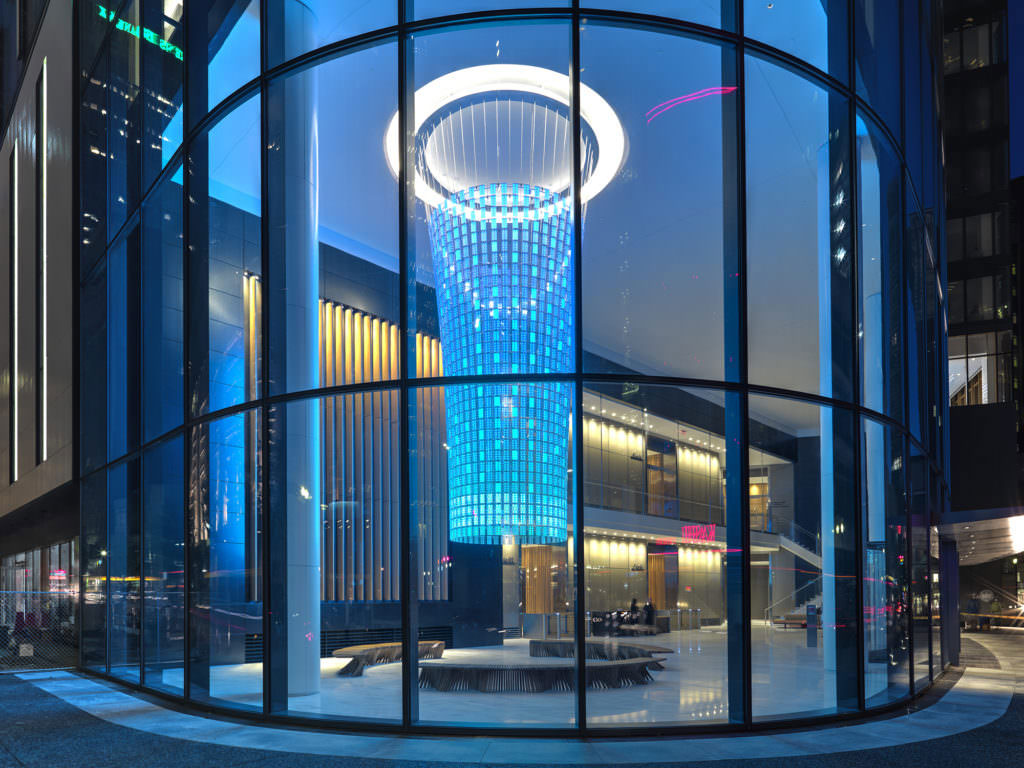 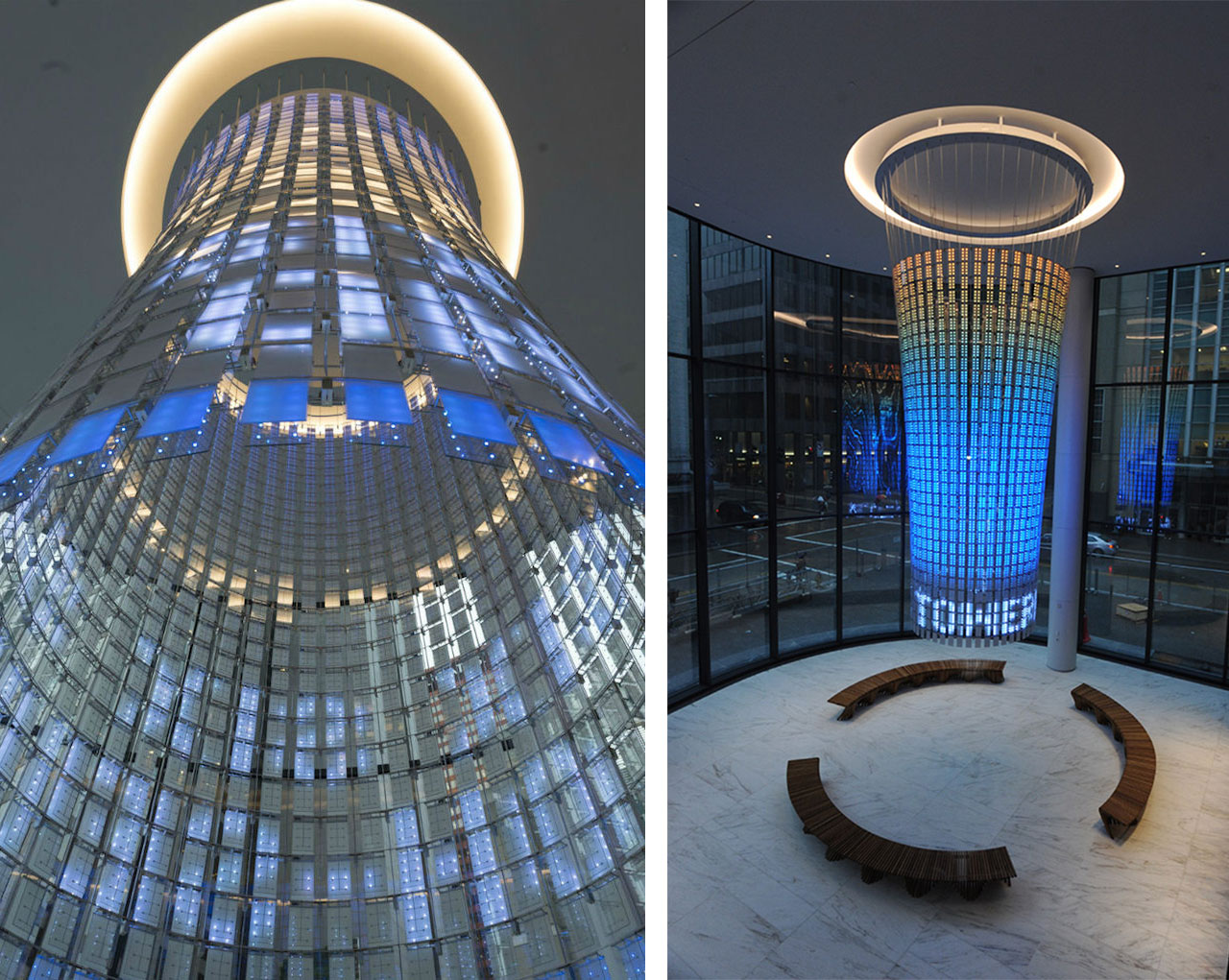 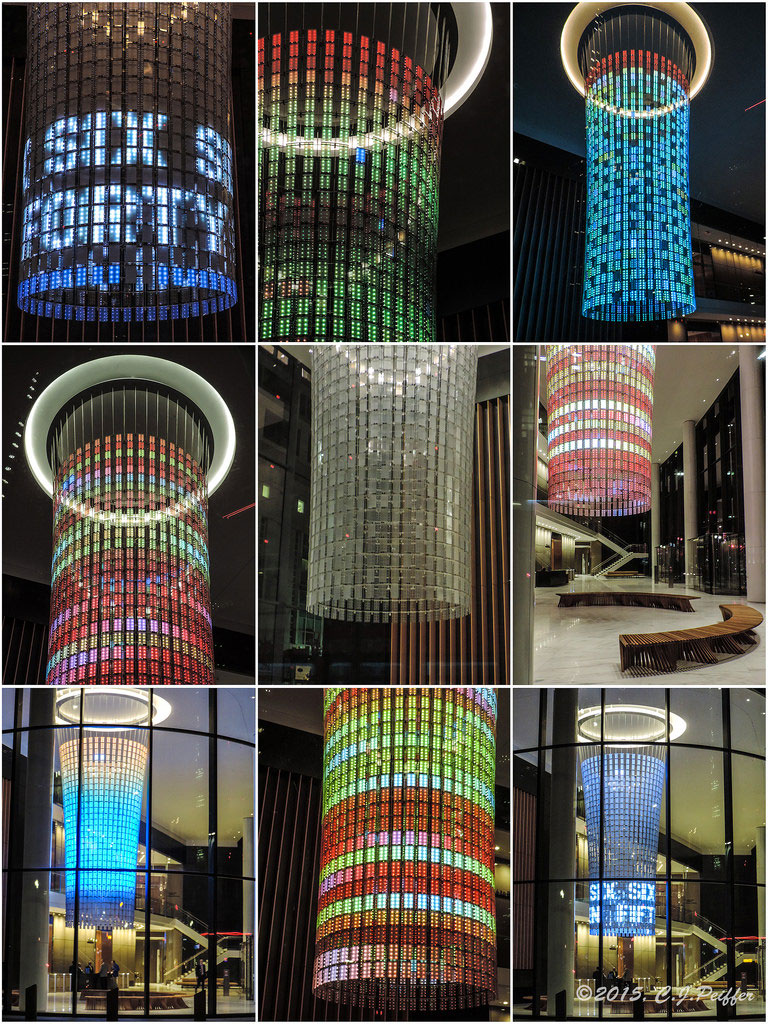 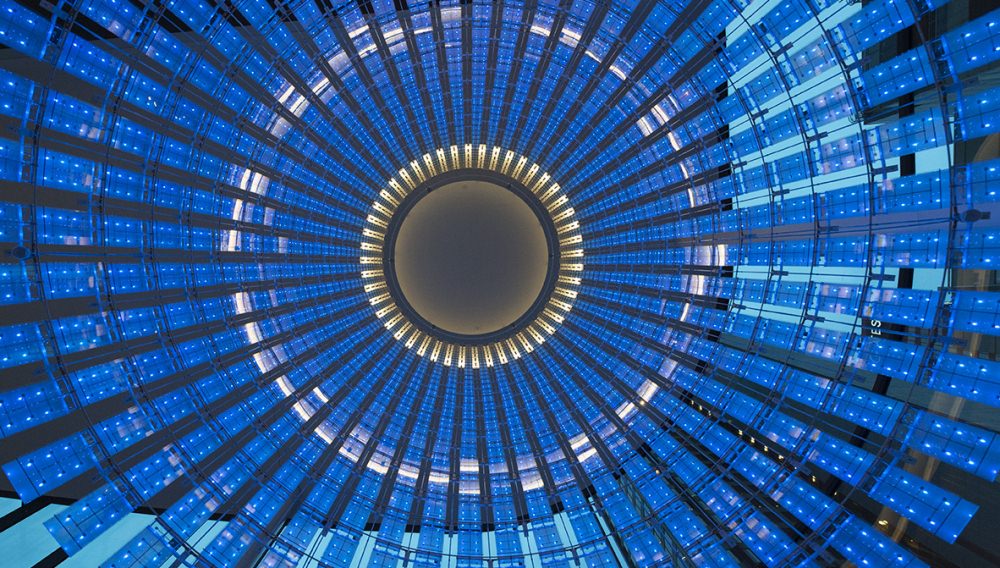 Previous Back to all work Next